LP Green is an actor, director and writer. He is also known for his recurring acting role on IFC's Comedy Bang Bang, Season 3  & Season 4 and the founder of the Pasadena Horror Film Festival.

LP was born on April 6th in Springfield Illinois in the County of Sangamon County. His childhood was spend in Carbondale Illinois, his adolescent years in San Diego, California and his early adulthood in New York City. He now resides in the exciting center of Los Angeles.

LP fell in love with film at an early age. He was influenced by a mixture of horror films and John Hughes’s movies. During his adolescent years, LP took a film production class while in high school in La Jolla, CA.  This became the origin of his fundamental education in acting and film making. He acted in various films throughout his early career while making his mark in the late 2018 where he won ”Best Supporting Actor” for his character, ”Jamal,” at the IndieFest Film Awards. His film, that he wrote and directed, also won “Best African-American Picture" and a number of awards since. 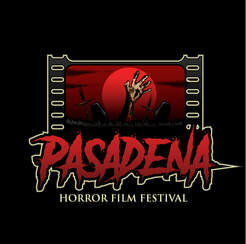